A friend gave me this recipe for using zucchini that is now stacked to the ceiling of our kitchen.  I don't know its origin,  but it is one of the most delicious zucchini dishes I've tried. 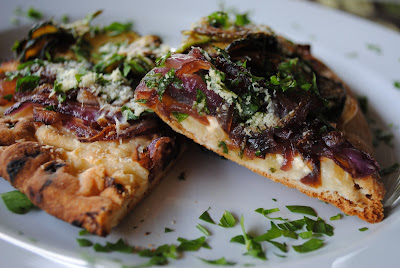 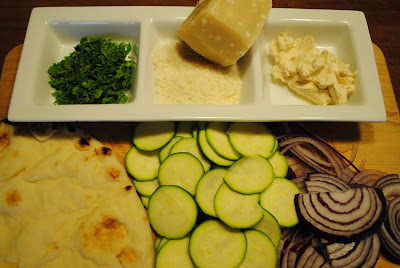 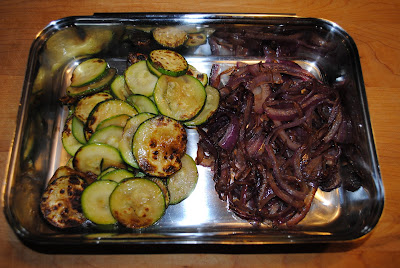 Spread Naan with cream cheese.﻿  Sprinkle with some of the Parmesan. 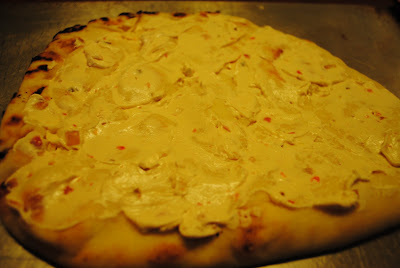 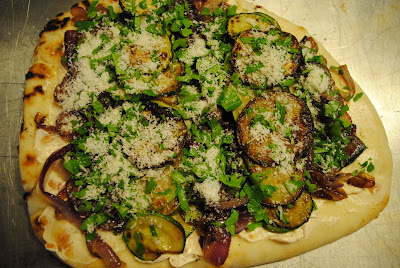 Place in oven and bake about 20 minutes. 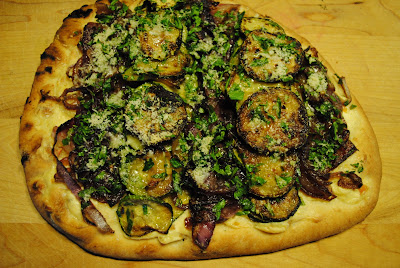 The amounts don't have to be exact.  I used white Naan bread but the recipe called for whole wheat (healthier), which I didn't find in our market. Pita or other flatbread would also work. ﻿
Cut into quarters and eat like pizza. 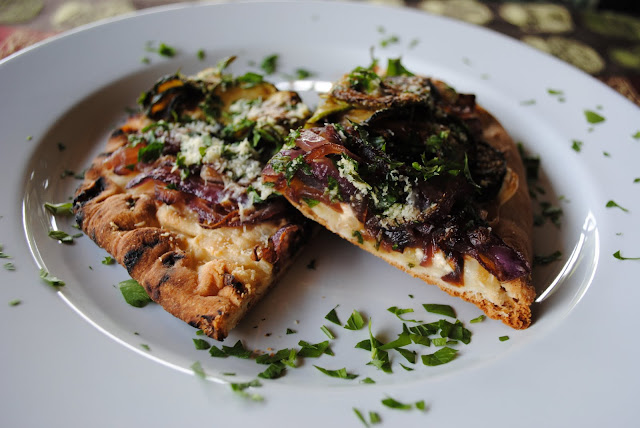